„Animal testing for “no special-use cosmetics” (now called “general-use cosmetics”) made in China has been banned since 2014. Imported cosmetics without product registration, i.e. with no animal testing, are allowed to be sold on cross-border ecommerce platforms, however not at physical shops for general trading.

NMPA (National Medical Products Administration) published the “Provisions for Management of Cosmetic Registration and Notification Dossiers” on 4th March 2021. In paragraph 33, it is clearly defined under which preconditions a toxicological testing for general-use cosmetics are not demanded any more. The measures took effect from 1st May 2021.

Toxicological testing, which is always linked with animal testing in China, can be banned if the manufacturer can guarantee the product safety via:

However, there are three exceptions, and they are:”

„THE RISING OF ECOMMERCE“

“While the physical market in China suffered severely due to the lockdown at the beginning of the year, ecommerce in the cosmetics sector was able to record clear and stable growth. Rongmei Hui-Drobnik reports on the current developments.

The retail sales value of Chinese cosmetic market reached € 39.90 billion in 2019, and the growth rate was approximately 14.23%. Sales value of physical shops has reduced sharply since January 2020 because of lock-down in China, on the contrary, sales value on the internet has increased. The best case is L’Oréal…“

„Focus on beauty in Taiwan“

veröffentlicht in der Fachzeitschrift cossma am 15.05.2019.

veröffentlicht in der Fachzeitschrift cossma am 24.04.2019.

Hong Kong is located in the south of China and is directly connected to mainland China. Hong Kong which was a British colony until 1997, is an important banking and financial centre in the Asia Pacific. It is also one of the cities with the highest cost of living in the world. Hong Kong became a special administrative region of China in 1997 and enjoys a high degree of autonomy. The living space per person is about approximately 13 m2.

veröffentlicht in der Fachzeitschrift cossma am 12.03.2019

According to the World Tourism Organisation UNWTO, China ranked the world’s top tourism spending in 2017 with US$ 258 billion, followed by the United States who spent US$ 135 billion travelling and Germany US$ 84 billion.

Cosmetics belong to the top three product categories that Chinese buy when they are abroad. 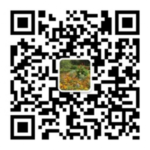